CITIZENS’ ASSEMBLY – HOW TO ENSURE THE IMPERATIVE OF UNIVERSAL HOSPITALITY

The Portuguese Citizens’ Assembly, integrated into the project Assemblies of Solidarity, is organized in cooperation with Forum Demos and Portuguese non-governmental associations and activists. It aims to explore diversity, hospitality, equality, and fundamental rights in the European Union. As part of the debate launched by the Conference on the Future of Europe, it is under “Values and Rights, Rule of Law, Security.”

This assembly is an engagement and communication initiative aimed at associations and socially discriminated communities in Portugal (it targets to listen to the voices of the Roma Community, the Afro-descendant Community, and Immigrants and Refugees), which intends to address the issue of guaranteeing rights on three levels: local, national, and European. Thus, it aims to draw on local and national experiences for a project that can shape the future of Europe as a society characterized by diversity and that guarantees equal rights and access to them and promotes hospitality as an essential vector of its foreign and internal policy, giving particular attention to socially discriminated communities. Within this perspective, and taking into account the evolution of the conflict in Ukraine, the goal is to understand what the European Union and the different national governments should do to protect these rights and promote integration without discrimination through incorporating the experience of local Portuguese communities into national and European policy, in a movement that is both bottom-up and top-down.

The Assembly will be attended by 50 citizens (the term “citizen” includes all people living in Portugal, with or without citizenship), drawn randomly to ensure a representative sample of Portuguese society.

The assembly will be accompanied by side events.

VOICES, by Muhammed Muheisen, is a selection of images, captured over more than a decade, that documents the daily lives and challenges faced by refugees and internally displaced people in different parts of the world. It shows their wanderings in search of a new safe home and their settlement in new environments.

Opening of the exhibition on 20 April at 21h 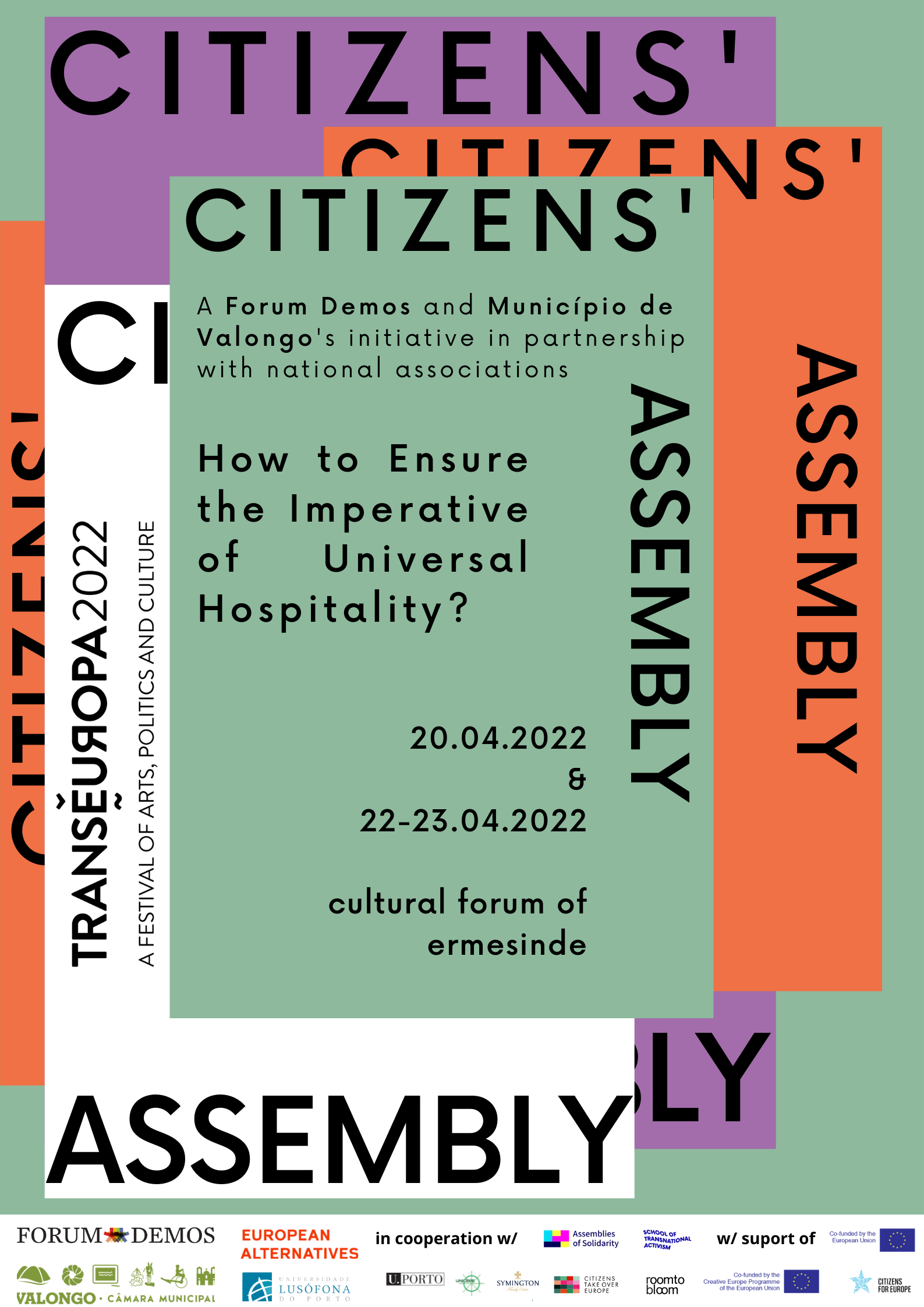